A Community of Shared Future for Mankind in Space too!

BRIX, July 26 — As the world celebrated the 50th anniversary of the moon landing by U.S. Apollo 11 crew (Neil Armstrong, Edwin “Buzz” Aldrin and Michael Collins) on July 20th, a new wave of optimism have swept across the world. It is such groundbreaking achievements that remind people of their true mission in life, on Earth and the universe, that is to be creative, to discover and explore new frontiers of knowledge, science and technology while at the same time resolving a myriad of issues and conflicts that stem from the pessimistic and cynical view that the nature of humans is egoism and the characteristic of nations is to undermine each other and to fight over purported “limited resources”.

“A community of shared future for mankind”, the concept which was pronounced by Chinese President Xi Jinping at the UN General Assembly in September 2015, should no longer be Earth-bound, but rather encompass everywhere human civilization reaches in the Solar System and the universe beyond. The fruits of space exploration by any nation should be celebrated and shared by all nations. This idea is shared by the best of the U.S. and European astronauts and space scientists. When Armstrong set his foot on the surface of the moon, he said this was “one small step for a man, one giant leap for mankind.” He did not say it is “giant leap for the U.S.” but for all mankind, because he understood the right implications of his and his crews achievement.

In a recent intervention at a George Washington University event titled “One Giant Leap: Space Diplomacy, Past, Present, and Future”, Buzz Aldrin called for the creation of an “international space alliance” where the U.S. would cooperate with China, Russia, European ESA, Japan and India. He correctly argued that the colonization of the Moon and making it a launchpad for manned missions to Mars cannot be achieved efficiently by one nation. This is also a means to achieve global peace, and advance scientific and technological cooperation which should eventually include every nation in the world.

Aldrin was also critical of the U.S. policy of the recent decades and expressed his disappointment during a reception in the Oval Office with President Trump on July 20, where he lamented the fact the financing of all the the wars in Southwest Asia have undermined the financing of the important projects of NASA and U.S. space exploration missions. Furthermore, Aldrin was asked in an interview on Fox News about a recent Harris poll among children in grades 5-10 in China, America and the U.K., including the question, “What do you want to be when you grow up?” with five career areas suggested and the possibility to “want” more than one career. In China, 56% of the children wanted to be astronauts, 47% to be teachers, and 43% to be musicians. Least desired, was to be a video blogger/YouTube personality. In the U.K. and United States, the choices were reversed: video blogger/YouTube figure was desired most “when I grow up,” and astronaut, least. Aldrin said “I think it’s a tribute to the imagination of the people in China, wanting to do that. And if we’ve lost that, that’s why this ‘5 decades of Apollo’ is trying to inspire, [with] what this nation did 50 years ago, and we’ll get caught up again in being able to do things of that inspirational nature.”

The U.S. should not only join the Belt and Road Initiative for its own benefit and that of the world but also join hands with China, Russia, and India who are rapidly becoming leading nations in space exploration. As Aldrin and other U.S. space scientist have argued, it is not enough for the U.S. to just celebrate its past glories and miss the great opportunities these achievement opened for mankind 50 years ago, because it will be left behind and its great scientific and technical capabilities in this field will be missed by everyone. The U.S. was missing in the recent very high level event in Zhuhai, China on July 23-24 called “The Fourth International Conference on Lunar and Deep Space Exploration”, in which leading space experts from China, Russia, India and the European Space Agency participated. It is this kind of “space diplomacy” which is necessary to ease the tension in the world and bring the major superpowers and their allies around a unified mission for mankind.

Russian Space Agency chief Rogozin congratulates NASA on 50th Anniversary of Moon Landing. Russian state corporation Roscosmos chief Dmitry Rogozin extended and inspiring message of congratulations to NASA head Jim Bridenstine on the 50th anniversary of the moon landing. “50 years ago, Neil Armstrong, Buzz Aldrin and Michael Collins put themselves into the world’s space exploration history books. They joined the crew of the great pioneers, who dared to set off on a journey to the unknown in order to push the boundaries of the reachable world for the humanity,” Rogozin 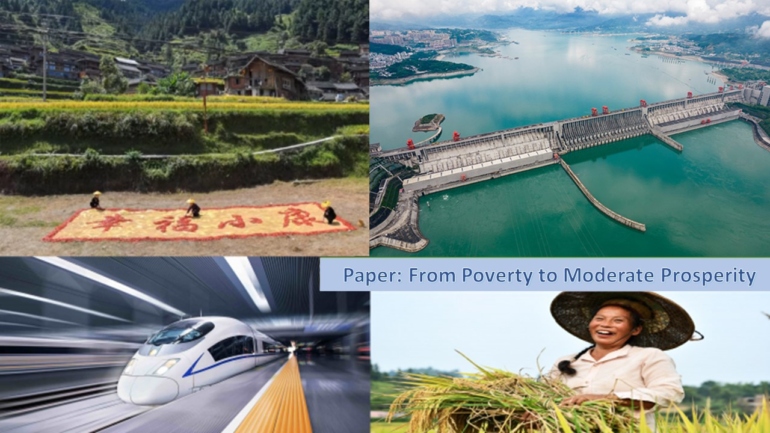