BRIX letter to U.S. Ambassador: Sweden – a Workshop of Cooperation, Not a Battlefield of Geopolitics!

Sweden Should Be a Workshop for Cooperation, Not a Battlefield for Geopolitics!

Here in Sweden, like in your own country, we are fighting a fierce war with the Coronavirus. Our brave frontline soldiers at hospitals and research centers, like yours, are sparing nothing in this fight, not even their own safety and lives. We, the humankind, are all equals in this fight against this invisible enemy. This virus is teaching us a lesson: It does not care if we are Asians, Europeans, Africans or Americans. It attacks us because we are humans. And therefore, our response should be in a similar manner, i.e. as humans. Our only weapon in the face of this deadly pandemic is our humanity. Therefore, all nations must unite their efforts to conquer this enemy of mankind. Otherwise, it will attack us through the cracks in the defense line that we allow to emerge among us.

We were surprised that Your Excellency chose precisely this moment in time to push a wedge between our three nations: yours, ours and China. The three nations are working together fervently to stop the virus. Besides being an unusual breach of diplomatic discourse, it aroused many questions around the authenticity of the claims that were levelled against China.

We would like to remind Your Excellency that, from our own observations, China after it’s people and government managed to control the epidemic at home, unleashed the full force of what it calls the Health Silk Road. It has provided aid to your country more than any other country in this fight. According to your Commander-in-Chief, President Donald Trump, there is now a whole “airlift” of fleets of cargo airplanes bringing materials, equipment, and medicines to the United States, mostly from China. We would like to remind you that last week only, China provided the city of New York with 1000 ventilators, according to Governor Andrew Cuomo. We would also like to remind you that according to your country’s Chairman of the Joint Chiefs of Staff Gen. Mark Milley, who testified in Congress in early March, saying, according to a report in The Voice of America: “It is a vulnerability to have a country such as China manufacturing high percentages — I don’t know if it is 97%, 98% or 80%, whatever it is — but I do know it is high percentages of the ingredients to [the] American pharmaceutical industry across the country, both military and civilian.” In this same report, U.S. Commissioner of Food and Drugs Dr. Stephen Hahn was cited as saying that “currently, 20 drugs come only from China”. Furthermore, the report added that “it is estimated that more than 90% of active ingredients in antibiotics in the U.S. market are sourced in China.” Given the almost total dependency of the United States of America on China, wouldn’t it be prudent to keep a friendly relationship with that country.

Furthermore, we recommend that you take seriously the statements by your Commander-in-Chief, President Donald Trump, who has repeatedly said, especially in recent weeks, that he admires President Xi Jinping of China, and considers him as a friend with whom he is discussing solutions for the Corona Pandemic and global trade issues. Even your boss, State Secretary Mike Pompeo, who is known for his virulent anti-Chinese statements, seems to have been restrained recently and refused to attack China when nudged to do that by the reporters at the White House Briefing of April 9. President Trump made no comments at all about China and had Mr. Pompeo come to the podium instead. When asked if he thought China had withheld “critical information” about the virus, Pompeo was uncharacteristically subdued, saying only that “this is not the time for retribution.” Each country had an obligation to share its information accurately, he added, but went on to say that China and the U.S. were collaborating very well and thanked China for the medical supplies it had sent.

We believe that the leadership of your country are seriously considering the gravity of this situation and the necessity of international cooperation to cope with it. The time for divisive blame games and geopolitical agitations seems to be over, at least for the moment.

Here in Sweden, we have our own fight to make. But we appreciate all the collaboration we can achieve with other countries. Like your country and most countries in Europe, we have acute shortage of protective gear for the healthcare providers, test kits and materials to detect COVID-19 infections, and ventilators. On April 1, the first airplane landed in Arlanda airport in our capital Stockholm from China. It brought a very valuable cargo; very advanced materials and instruments for mass testing of COVID-19. Together with the materials, five Chinese engineers also were onboard. They work for the Chinese research institute BGI/MGI in Shenzhen. Their mission is to help install the advanced machinery and robots at the Karolinska Institute laboratories. This new capacity would double the number of tests made in Sweden and can make up to 5000 tests per day. This is a direly needed input to help fight the COVID-19 virus and protect our people. The material was not a gift from China but was paid for by the Knut and Alice Wallenberg foundations. However, many countries are fighting to get this kind of advanced technology, but it seems that Sweden was treated preferentially. Another cargo airplane landed from China on April 7 carrying protective gear that can cover the immediate needs of the hospitals in Stockholm and other regions.

Despite many political differences between Sweden and China in recent months, both sides are putting aside these differences and are focusing on the fight against the common enemy of mankind. Your Excellency might be encouraged by the loud anti-Chinese voices in Sweden, who are given large megaphones and space in the media. We would like to inform you, that our research and interaction with different sections of society who are involved in innovations, production and doing good in the world, tell us that they do not harbor the same anti-Chinese sentiments. They welcome cooperation with China in many fields. Both sides realize that they have different political and cultural backgrounds and traditions, but all share common goals too. We need to use our creative powers to improve the living conditions of everyone on this planet in a win-win fashion. They do not believe in zero-sum game nor geopolitical ambitions. They are simply human.

This year, as Sweden and China celebrate the 70th anniversary of China-Sweden relations, and the fact that Sweden was one of the first nations to recognize the People’s Republic of China, we would like to invite you to share this occasion with us. By putting your country’s hand with ours and that of China, you can put the true interests of humanity before every other ideological consideration. This is needed now.

We do know that the USA is a proud nation of pioneers, explorers and innovators. We do recognize that and feel happy for your sake. Most Nobel Prize winners in physics, chemistry and medicine are Americans. This should be no surprise to anyone. However, this is not thanks to ideologues and geopoliticians or warmongers who have drawn the United States and its people into unnecessary wars and conflicts. America has been and is admired by the Swedish people, although some people are disappointed in recent years with the developments in the U.S. But for America to become great again, its people and leadership have to live up to the ideals of its Founding Fathers that are admired by people around the world.

“With malice toward none, with charity for all, with firmness in the right as God gives us to see the right, let us strive on to finish the work we are in, to bind up the nation’s wounds, to care for him who shall have borne the battle and for his widow and his orphan, to do all which may achieve and cherish a just and lasting peace among ourselves and with all nations.”

The Board Members of the Belt and Road Institute in Sweden 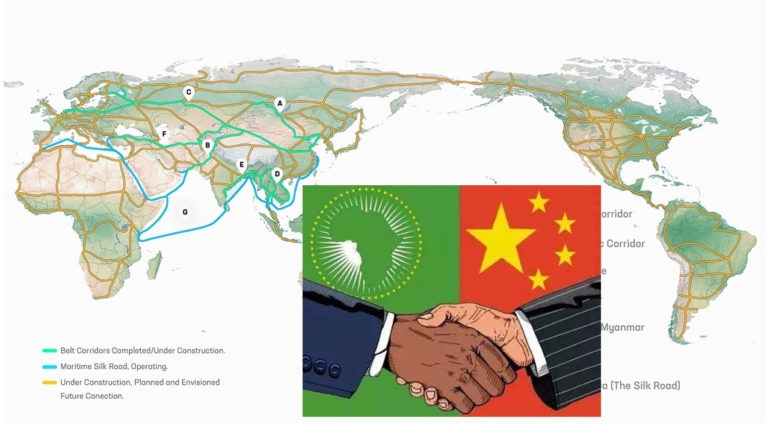 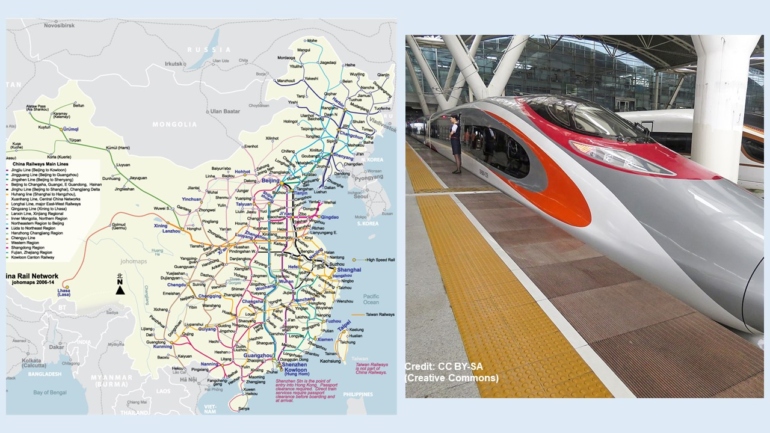