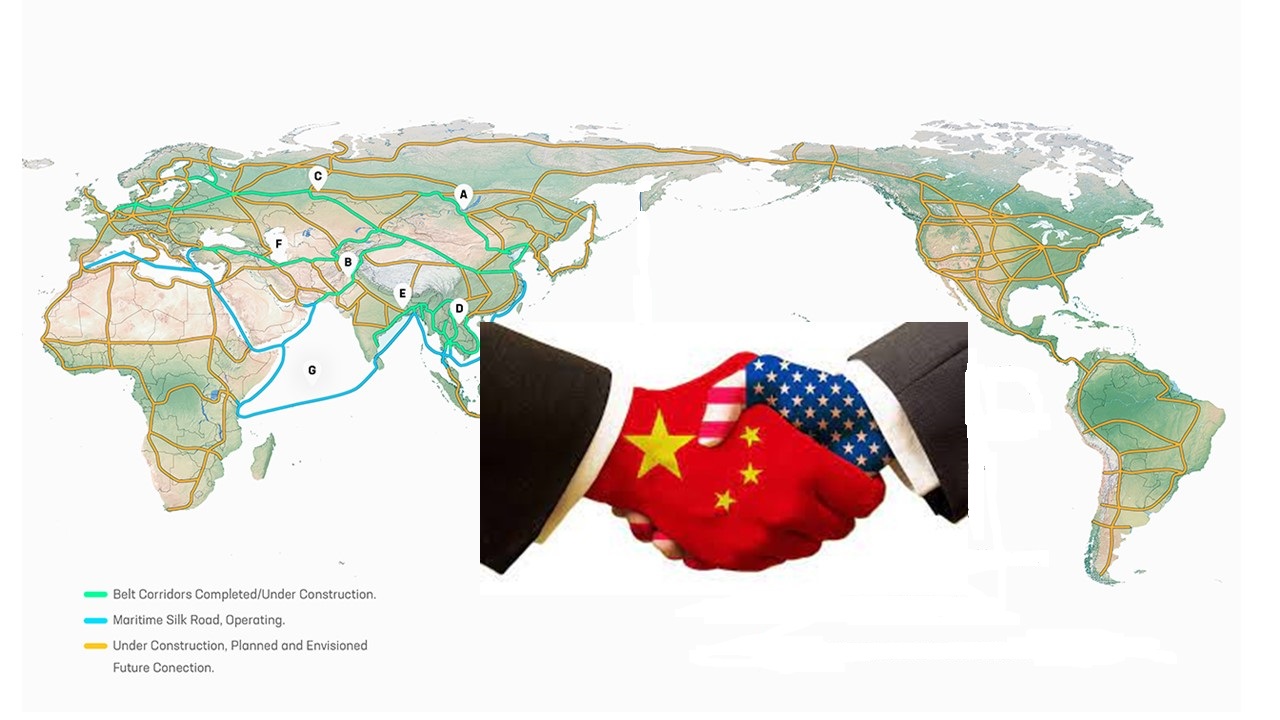 China Invites the U.S. To Join the Belt and Road Initiative

How compatible is Build Back Better World with the Belt and Road Initiative?

Chinese Foreign Minister Wang Yi said on Feb. 28, in a video message commemorating the 50th anniversary of the Shanghai Communiqué, which marked the normalizing of relations between United States and China: “We are also willing to consider coordinating with the U.S. ‘Build Back Better World’ initiative to provide the world with more high-quality public goods.” In addition to inviting America to participate in the Belt and Road Initiative (BRI), he also invited the United States to join the Global Development Initiative, proposed at the UN General Assembly by Chinese President Xi Jinping in September 2021 for all countries to work towards sustainable development.

Build Back Better World (B3W) initiative was announced during the G-7 summit last June, supposedly to help developing countries meet infrastructure demand. However, the White House explicitly stated at the time that the purpose of the B3W was to counter the BRI.

Wang urged the United States to work with China in the Asia-Pacific to build a “family of openness, inclusiveness, innovation, growth, connectivity and win-win cooperation,” rather than turn the region into one of conflict and confrontation.

He said the Shanghai Communiqué, marking the end of isolation between both countries and issued during President Richard Nixon’s historic visit to China in February 1972, meant that two major powers with different social systems were willing to coexist peacefully.

Wang also urged for America to stop supporting independence for Taiwan, that is wholly part of China. He urged the United States to return to a rational and pragmatic policy toward China and work with it to implement the consensus reached by the two heads of state, so as to bring the bilateral relations back on the right track. “Since the door of China-U.S. relations has been opened, it shall not be closed again,” he said. “Since the world has come out of the Cold War, the iron curtain shall not be lowered again,” he added.

Reflecting the Chinese current philosophy of global governance, Wang said: “History tells us that by seeking common ground while reserving differences, we can attain peaceful co-existence between countries with different social systems. The older generation of leaders in both countries realized that despite the differences, neither side had the intention to change the other. Both sides hoped to see that the two countries could grow in parallel and conduct cooperation based on shared interests. This is an important spirit embodied in the Shanghai Communiqué. It remains valid 50 years on today.”

Given the incredibly tense and dangerous situation in the world today, resorting to a rational attitude towards relations among nations, based on the mutual benefit of all nations through economic, scientific, and cultural cooperation, while respecting the political systems and security needs of each nation, is of the highest priority to spare the world new global conflicts and great tragedies.

The BRI and B3W

Concerning the invitation to the U.S. to join the BRI, it is important to pay attention to specific formulations. Wang said: “China is open to U.S. Participation in the Belt and Road Initiative and the Global Development Initiative. We are also ready to consider coordinating with the Build Back Better World initiative of the United States to provide more quality public goods for the world. China and the United States jointly stated in the Shanghai Communiqué that ´neither should seek hegemony in the Asia-Pacific region´.” Providing public good and not seeking hegemony is the key element of the BRI. It means that the China is willing to provide financing, technology and skills it acquired during its miraculous economic development in the past three decades to the rest of the world without political strings attached. Can the U.S. and the EU which floated its own “Global Gateway” initiative provide these “public goods” without making political demands upon nations in Africa, Asia, and Ibero-America for example?

A closer look at the B3W initiative by this author when it was made public last year, shows that this would be a major challenge, although not impossible to overcome.

Here is the link to that article!