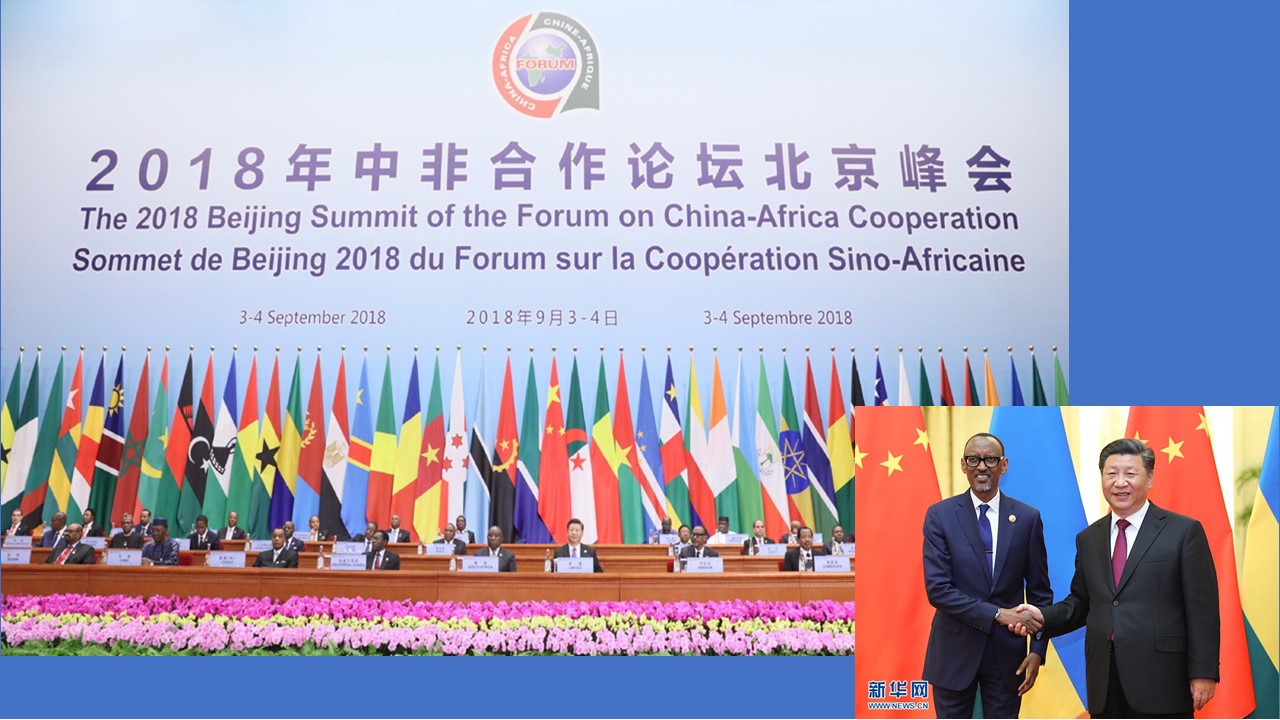 On November 26, and on the eve of the Summit of the Forum on China-Africa Cooperation (FOCAC) The State Council Information Office of the People’s Republic of China released a new white paper, titled, “China and Africa in the New Era: A Partnership of Equals.” It comes on the eve of the Forum on China-Africa Cooperation (FOCAC), which meets every three years, and will be held Nov. 29-30 in Dakar, Senegal and online. China’s President Xi Jinping will give a video address to the summit on opening day.

The white paper is a full report, with graphs and charts of the accomplishments to date of China-Africa projects, trade and developments. This record completely refutes the bluster by U.S. Secretary of State Antony Blinken, who was in Senegal on Nov. 19-20, the third stop of his tour, after Kenya (Nov. 17-18) and Nigeria (Nov. 18-19). Blinken made ludicrous claims in Dakar, about how the Build Back Better World—BBBW—was superior to working with China, which he denounced for human rights violations, and for enticing nations into debt traps.

China is Africa’s biggest single trade partner. In 2020 the figure for China-Africa trade as a total of the continent’s total trade exceeded 21%. And there is an increased export from China of mechanical and electrical products and high-tech products, now accounting for more than 50% of the total. And China is the second largest destination for Africa’s agricultural exports.

China is also investing in Africa’s agriculture development, with 7,456 African trainees having received agricultural training in China. Through projects such as sending Chinese agricultural experts to Africa, more than 50,000 Africans have been trained and 23 agricultural demonstration centers have been built. By the end of 2020, more than 200 Chinese companies have an investment stock of $1.11 billion in the agricultural sector in 35 African countries, covering areas such as planting, breeding and processing, according to China’s white paper.

In infrastructure development, China is also in the lead. Since the founding of the FOCAC in 2000, Chinese companies have helped African countries build and upgrade more than 10,000 km of railways, nearly 100,000 km of highways, nearly 1,000 bridges and 100 ports, and 66,000 km of power transmission and distribution. China has helped build and install power-generating capacity of 120 million kw, a communications backbone network of 150,000 km and a network service covering nearly 700 million user terminals.

The digital network in Africa was also expanded by China, helping to build submarine cable projects connecting Africa with Europe, Asia, and the Americas. They have built more than half the continent’s wireless sites and high-speed mobile broadband networks, with more than 200,000 km of optical fiber being laid, giving broadband internet access to 6 million households, and serving more than 900 million local people.

The People’s Republic has done a great service in bringing the lessons of China’s poverty reduction to Africa, supporting local governments, academics, enterprises, and youth and non-governmental organizations in carrying out exchanges and cooperation on poverty reduction.

In the pandemic, China has been a friend in need in these difficult times, in providing medical and services. Over the past 58 years, China has sent a total of 23,000 medical team members to Africa, who have treated 230 million patients. At present there are nearly 1,000 Chinese medical workers in 45 African countries. Chinese medical teams carried out 34 free clinical programs under the Brightness Action initiative, restoring the eyesight of almost 10,000 African cataract patients. To date, it has helped 18 African countries strengthen medical specialties, covering cardiology, critical care medicine, trauma and endoscopy. China has also trained 20,000 African medical personnel. China was also the first country to insist on the export of vaccines to African countries and took the lead in exporting its own vaccines. By November 2021, China had provided 1.7 billion doses of the COVID-19 vaccine to more than 110 countries and organizations, including 50 African countries.

China is also working diligently in the area of education, setting up an education fund under UNESCO to train 10,000 teachers in African countries. It is deeply involved in sharing its science and innovation capabilities and is working with several African countries in developing their satellite capabilities.

In the area of security, China has provided over 30,000 peacekeepers in Africa to perform tasks in 17 peacekeeping mission areas, with more than 1,800 peacekeepers currently performing missions in Mali, the D.R. Congo, South Sudan, Abyei and Western Sahara.

Most African countries are aware of the long history of China in Africa as a friend and a benefactor and never as a colonial or colonial-surrogate power, with its own “vested interests” in Africa. In the White Paper, China has also underlined the importance of maintaining equity and justice in aid and development projects in Africa, without political preconditions. China also stresses the importance of maintaining the principle of multilateralism and equality of the developing countries.

See our Belt and Road Institute in Sweden high-level seminar on China-Africa cooperation from December 2019!