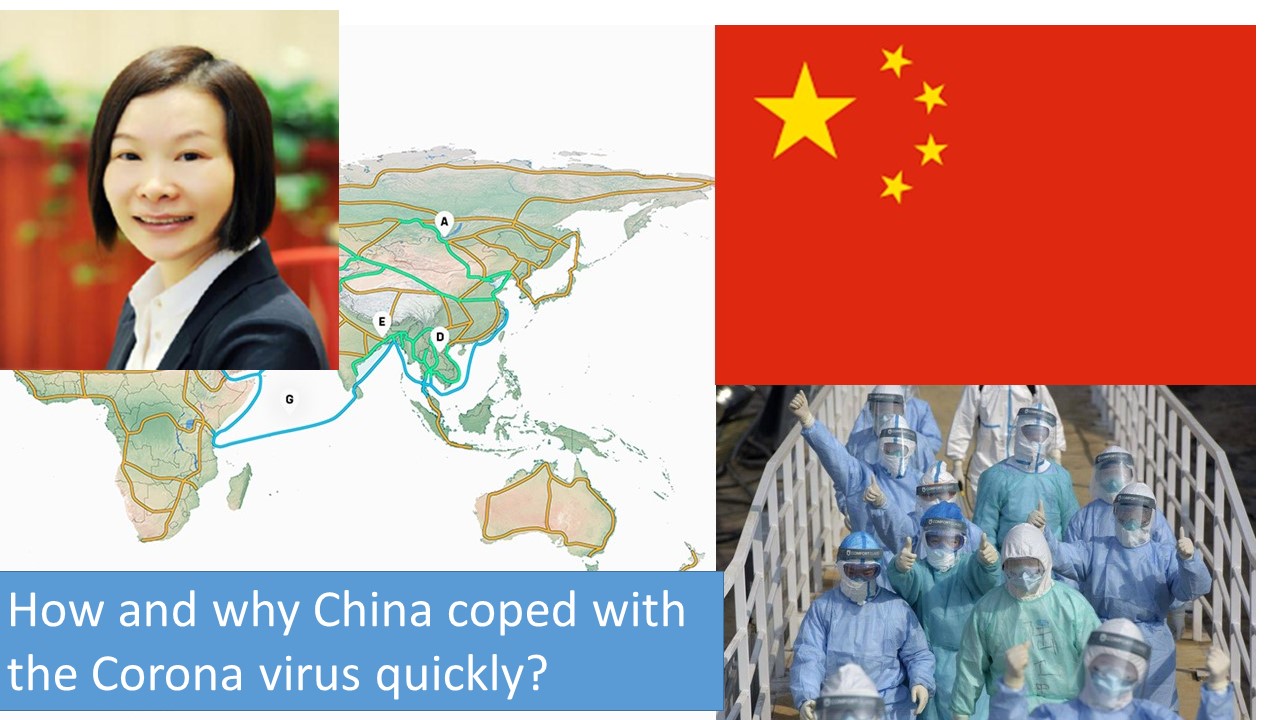 Guest commentary: How and why China coped with the Corona outbreak?

What we have experienced in the past two months is too dreamy, and now it seems not so real in retrospect.

On January 23, the day before Chinese New Year’s Eve, people who were ready to celebrate the New Year were shocked by the sudden outbreak of the virus. Wuhan, a super big city with a population of 11 million, was declared closed by the government, anxiety and unease quickly enveloped the whole country.

According to the government’s guidance, people cancelled New Year’s travel and family reunion one after another, stayed in their own homes according to experts’ suggestions, and kept updating the news with anxiety. Usually, during the Chinese New Year, there will be 4 billion trips, 70% of which have been cancelled temporarily.

The government quickly organized forces to build two infectious disease hospitals in about 10 days, and soon dozens of temporary hospitals were built.

In Wuhan, numerous government workers, police and volunteers took part in the epidemic prevention work. When the city pressed the pause button, shut down completely, they did their best to ensure that food and other household necessities could be delivered to every household in the isolation of the home in time. This is a city of 11 million people. Imagine what kind of scene it would be.

While a large number of medical workers were racing against time to save lives in Wuhan, under China’s unique political system, prevention and isolation measures have also been implemented to every capillary in the country and to everyone. People have joked on social media that they did not expect to be able to contribute to the country just by lying at home.

With all people’s full-hearted efforts, the results began to show, more and more patients recovered and discharged from hospital, and fewer and fewer new cases were reported.

Finally, after more than 50 days of fighting, there are no more new cases in the country.

This is a great battle in which all 1.4 billion Chinese participated.

Relevant departments are actively coping with the situation. In this fight against the virus, I believe we can achieve the final victory.

Behind all this, there are deep cultural roots. There are several basic concepts here, in the Chinese context, their meanings are completely different.

First of all, in Chinese, the word “country (国家) ” is composed of two words: “country（国）” and “home（家）”, which means the “country” is the “home” of all its people, everybody is in the same big family. Only by ensuring the safety of the large family can there be hope for the safety of small families. This is a concept deeply rooted in the genes of every Chinese. National interests are higher than individual interests. In fact, there is another word in Chinese culture-“one family in the world”, which means that the whole world is actually a big family. Therefore, in China’s view, it is all we should do to provide help to countries with serious epidemics such as Iran, Italy and Spain.

Secondly, the Chinese Communist Party is not a party in the Western sense. It is not a party quarreling for the interests of the group, but a team of experts who have been strictly selected and competed to run the country and serve all the people. One hundred years ago, everything collapsed in ancient China. Many people came to the West to look for a rescue plan. They introduced the concept of party and formed the so-called party. However, from ancient times to 1921, the word “party” has had always been a negative word in the Chinese context. it represented the self-interest of small groups and was despised by Confucianism. At present, the “party” generally represents the Chinese communist party. However, I would like to say that the concept of “party” is only a suit made according to the Western model, which is worn by the governing body led by Confucianism. Therefore, people in Western countries think that the one-party dictatorship of the Communist Party in China is totally a misunderstanding.

Therefore, in order to understand what happened in the Wuhan campaign, it is very important to understand the significance of these three key words in the Chinese context.