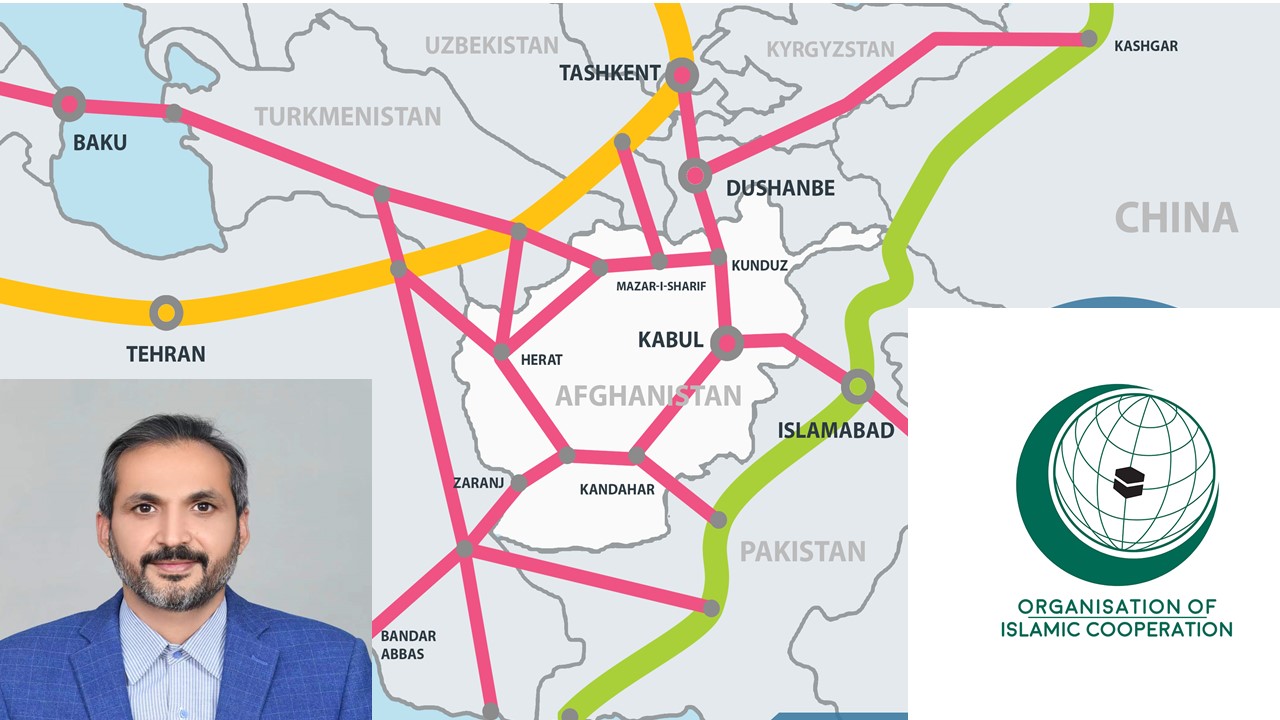 [Tomorrow, December 19th, the foreign ministers of the Organisation of Islamic Cooperation (OIC) are holding an extraordinary meeting hosted by Pakistan in Islamabad to discuss the humanitarian crisis in Afghanistan –  BRIX publishes this commentary on this occasion, Editor]

Few days ago, I had the opportunities to have a long interaction with Afghan students from universities of Afghanistan and Pakistan. It was heart breaking to learn about the problems of youth and miseries of people. The dreams of young people are in shambles, and they do not know what is their future? They are feeling abandoned. They feel, they have been betrayed by their own government and world community. They are worried about their future and from where they will get a decent livelihood opportunity. Now they are pinning their hope on a new government to help them to fulfill their dreams. On the other hand, millions of Afghan people are going through a terrible situation. They do not have jobs and no assistance from world community. Food insecurity and lack of health facilities are the biggest problems right now. They are looking towards the world community for urgent help.

However, the world community have disappointed them. The United States in collaboration with allies has sanctioned the country, instead of helping them. The USA and allies are putting excuses of Taliban government and lack of democracy to justify their sanctions. The people of Afghanistan are not satisfied with these excuses. People are questioning, if Taliban are the reason of sanctions or Taliban are so bad, then why did the USA make a deal with Taliban? Why were Taliban engaged directly to get a peace deal and the evacuation of the USA and Allied Forces from Afghanistan? Further, people are asking why the USA and allies had handed over the government to Taliban. Thus, people conclude that it is USA and allies, which are responsible for present mess, not the Taliban.

In this scenario people are asking world community to cooperate with Taliban government and unfreeze the Afghan financial resources (frozen in American and European banks). These resources are direly needed to avert the looming humanitarian crises. There are other avenues, where U.S. and allies can settle their score with Taliban, if they want to settle their score at all. It is also alarming that neutral countries are also not helping Afghanistan and putting a lot of conditionalities to help Afghan people. Human life must not be a battle ground of egos or politics.

Against this backdrop, the Organization of Islamic Cooperation (OIC) is holding an extraordinary meeting of its foreign ministers in Islamabad, Pakistan. The members of the OIC are meeting to discuss the future of Afghanistan and engagement with current Taliban government. The OIC will also be deliberating on the current humanitarian crises and needs of people. However, the question is, does the OIC have leverage to influence the U.S. and its allies’ policies or intentions? Will the OIC be interested to help Afghanistan through real-time assistance or will it be only an act as discussion avenue? Will the OIC be able to present any rehabilitation or more specifically economic rehabilitation plan?

First of all, being realistic, I do not see that OIC has any influence or leverage to influence USA and allies. So, one should not pin any hope on this front. I may be wrong in my assumption but the history of the OIC motivated me to have this assumption. It is evident from the history that the OIC was never able to convince the U.S. and other major powers to solve the issues of Palestine or Kashmir.

Second, there is strong possibility that OIC members, especially the rich Gulf countries can extend a hand of cooperation in addition to Pakistan’s generous support. We have seen in the past that Gulf states have helped many countries on the humanitarian basis. However, the question will be, at what conditions these Gulf countries can extend cooperation. By looking at the current situation, it can be assumed that Gulf countries, especially Saudi Arabia will be looking to find a role and create a stake in the new government of Taliban. It is an open secret that Taliban have closer relationship with Iran than many Gulf countries, and the latter want to enhance their relationship with Taliban. It would be interesting to watch how the Kingdom of Saudi Arabia plays to get a place in the new set up.

The situation urged the world to help Afghanistan to move on the ladder of economic growth and development. Thus, it is suggested that OIC should come out with some concrete program. Moreover, the OIC should give a framework of economic development of Afghanistan. Afghanistan Rehabilitation and Economic Integration Fund (AREIF) can be established at the OIC platform, to cater the economic and development needs of Afghanistan. All participating countries must pledge the financial resources for this fund. However, the AREIF must be built as a neutral avenue and other countries like China, USA, EU, etc. should also be invited to join the initiative. Further, a window for the business community can also be created, so they can also contribute in the development of Afghanistan.  However, there should be no political games or self-interest of any country. The fund must focus on the needs of Afghanistan and politics can be played at some other time.

Thus, AREIF must be run by professionals not government officials or business groups. AREIF should be given three major tasks, 1) improve the business environment, 2) build human capital, 3) build efficient government machinery. Howbeit, there is one very important point to be kept in mind that Afghanistan does not have any financial resources. So, there is need to avoid policies of FDI or debt. AREIF must adopt the policy of Build, Operate, and Transfer (BOT). AREIF should refrain from interfering in the domestic politics of Afghanistan. As in past many initiatives by development agencies and countries like Many organizations and countries like World Bank, EU, DFID, USAID, IDRC, GIZ, European countries, Saudi Arabia, etc. were failed due to political interreference.

The role of the Belt and Road

Fourth, AREIF can also build linkages with other initiatives in the region and global level like Belt and Road Initiative of China. Afghanistan is situated in between two very important corridors of the BRI, China-Pakistan Economic Corridor (CPEC) and China-Central Asia and West Asia Corridor. So, AREIF can easily build connections with these corridors. Moreover, China can also join AREIF by launching a new corridor with the name of “Corridor of Peace and Prosperity”.

In conclusion, it is good to note that representatives of Taliban government are also attending the meeting. It is suggested that Taliban must try to read the minds of global community and try to address their concerns. Taliban must understand that in this globalized world there is no free lunch. In addition to this, global linkages and integration in global system determine the future of any country and Afghanistan is no exception. Thus, they need to refine their policies according to ground realities. It will help them not only to avert humanitarian crises but also help them to build a prosperous and peaceful Afghanistan.

Dawn of Geo-Economics – Extending the Belt and Road to Afghanistan