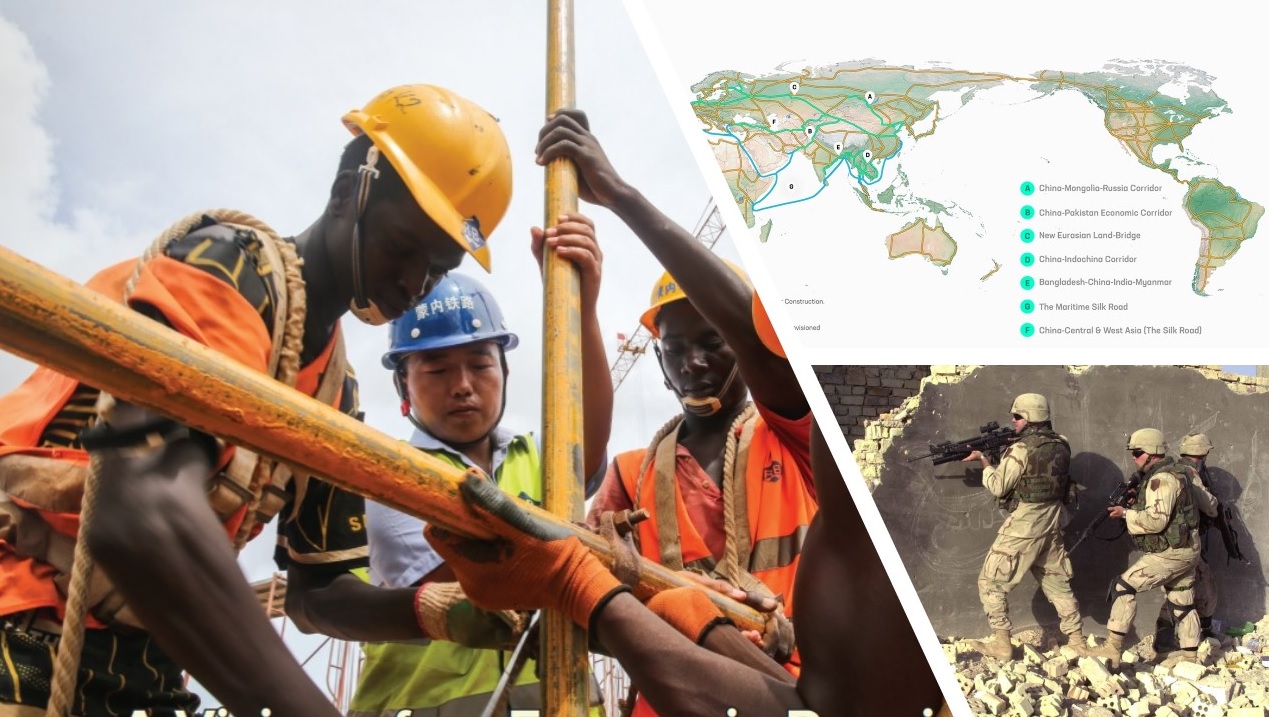 In his keynote speech at the Boao Forum for Asia (BFA) on the 21st of April, China’s President Xi Jinping proposed  a new Global Security Initiative, not only to prevent new global wars, but to guarantee that a world community with shared security and prosperity can be consolidated and sustained. This new initiative follows the same typical Chinese wisdom in reasoning that characterized previous initiatives like the Belt and Road Initiative, the Health Silk Road Initiative and the Global Development Initiative both in scope and timing.

President Xi’s offer came at a time when the tension in Europe around the crisis in Ukraine is increasing, and a diplomatic solution seems to have taken a back seat relative to military escalation with more weapons pouring into Ukraine making the situation more complicated to resolve.

President Xi presented several key elements ranging from the COVID-19 pandemic, global economic challenges, sustainable development goals, and peace and security issues all as one package, calling for solidarity among all nations. “The hardships and challenges are yet another reminder that humanity is a community with a shared future where all people rise and fall together,” he said.

Concerning the importance of security and stability for economic development, Xi said: “Stability brings a country prosperity while instability leads a country to poverty,” arguing that security is the precondition for development. He further stressed: “We humanity are living in an indivisible security community. It has been proven time and again that the Cold War mentality would only wreck the global peace framework, that hegemonism and power politics would only endanger world peace.”

While all these principles have been pronounced in different settings but separately, they are presented here as one consolidated package.

As a good example of the connection between stability and economic development, President XI used the example of the fantastic developments in Asia, saying: “Over the past decades, Asia has enjoyed overall stability and sustained rapid growth, making possible the Asian Miracle. When Asia fares well, the whole world benefits.” A clear indicator of this progress in East Asia is “the entry into force of the Regional Comprehensive Economic Partnership (RCEP) and the opening to traffic of the China-Laos railway have effectively boosted institutional and physical connectivity in our region,” he added.

It is important to note that the current security crisis is not merely a military one, because the term security has wider ramifications, such as the possible upheavals in many developing and poor countries due to the sudden rise of food and fuel prices to unprecedented levels. There is also the interruption of supply chains caused by sanctions imposed on Russia, a major producer of not only gas and oil, but also grains, fertilizers, and all kinds of strategic metals. Russia is also a major link in the China-EU rail freight system along the New Eurasian Land-bridge which is crucial for trade in key industrial components between China and the EU nations and any interruption of the smooth flow of goods along this important transport corridor will hurt all parties.

This situation came on top of a fragile recovery from an economically devastating global COVID-19 pandemic. Food security is a security matter, not a luxury, and it is lacking in many nations that were denied the tools of growing their own food for decades. There is also the continuation of the COVID-19 pandemic itself. The WHO has said repeatedly that “no one is safe before everyone is safe”. While many nations in Europe and North America have secured their vaccine supplies, many of the people in nations in Africa for example have not even received their first vaccine. China has done a heroic effort in attempting to bridge the vaccine gap, but the needs are still great.

Four initiatives, not one

But President Xi’s Global Security Initiative, although time-sensitive, is not an isolated move that is detached from historic developments. It comes on top of three very important initiatives announced previously by President Xi: 1. The Belt and Road Initiative (2013), 2. The Health Silk Road (2017), 3. The Global Development Initiative in (2021). These four initiatives, taken together, constitute a package that offers clear solutions and a safe escape from multiple crises the world is facing today to not only achieve security on a global scale, but sustain it too.

The role of the BRI is to provide the tools of economic development to other nations. These are the same tools China itself used and developed in its amazing journey from poverty to prosperity.

At the BFA, President Xi renewed China’s commitment to this initiative: “China will press ahead with high-quality Belt and Road cooperation to make it high-standard, sustainable and people-centered. China will unswervingly follow the path of peaceful development, and always be a builder of world peace, a contributor to global development, and a defender of the international order,” He said.

At the BFA, President Xi reiterated this. He said: “We should pay due attention to the pressing needs of developing countries and advance practical cooperation in such key areas as poverty reduction, food security, development financing and industrialization, in a bid to address uneven and inadequate development. China is working with the international community on the solid implementation of the Global Development Initiative.”

In the BFA speech, President Xi described the current distorted system of global governance, saying: “Countries around the world are like passengers aboard the same ship who share the same destiny. For the ship to navigate the storm and sail toward a bright future, all passengers must pull together. The thought of throwing anyone overboard is simply not acceptable. In this day and age, the international community has evolved so much that it has become a sophisticated and integrated apparatus. Acts to remove any single part will cause serious problems to its operation. When that happens, both the victims and the initiators of such acts will stand to lose.”

To illustrate this very accurate description, we can give several examples: One, when the previous U.S. Administration increased its tariffs and trade war against China but the COVID-19 pandemic hit the world, U.S. imports from China increased rather than decreased year on year (2019-2020). Second, the disruption of the supply chains from China to Europe in the beginning of the pandemic caused massive disruption of many major industries in Europe. Third, the current sanctions imposed by the U.S. and the EU on Russian oil and gas imports are wreaking havoc in the industrial sector of the EU itself which is greatly reliant on Russian gas. This distorted state of global governance, which President Xi has identified, cannot continue without bringing the world community to a major calamity.

Therefore, while the focus of President Xi on a new security system is urgent, it must be stated that unimpeded economic cooperation and trade among all nations must be at the core of such security system. A community of a shared future for mankind, with one humanity under one sky and harmony within diversity is possible if we look at that which ties us together than that which keeps us apart.