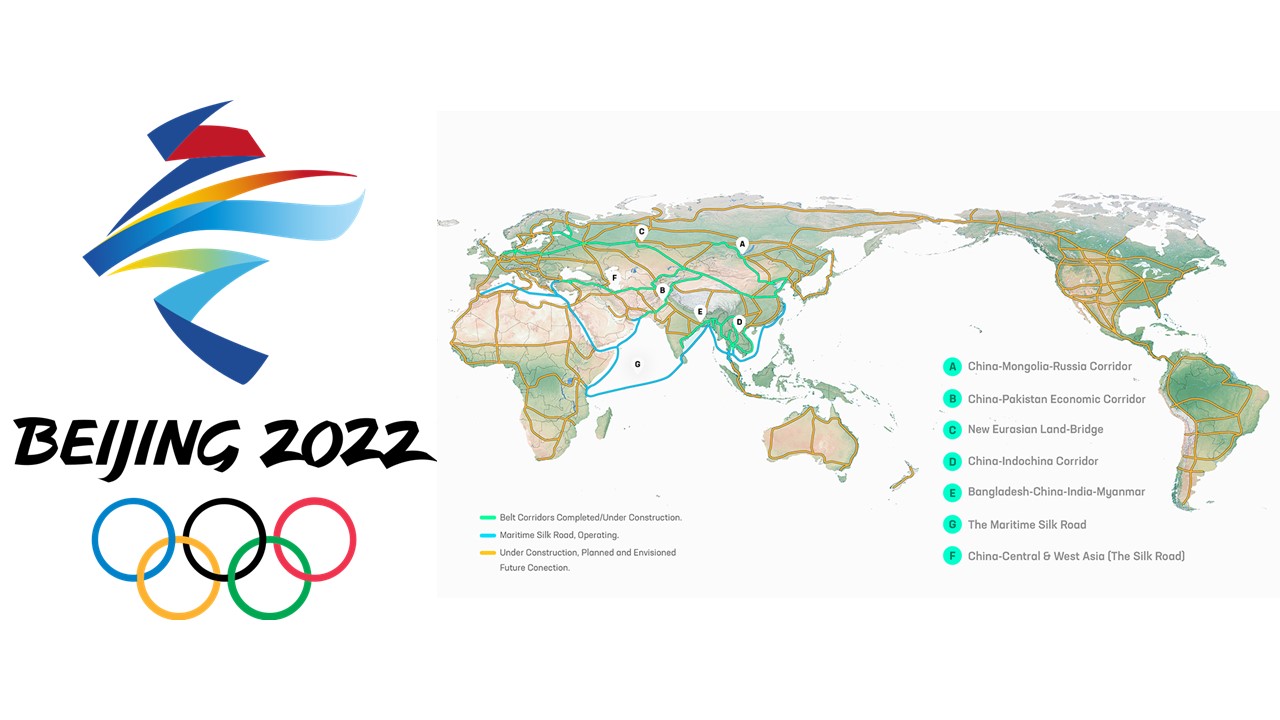 The Spirit of The Olympic Games Enhances Belt and Road Cooperation

The aesthetically and technically amazing opening of the Beijing Winter Olympics 2022 last week was a beautiful message of friendship and co-existence among nations of different political, cultural, and social structures united around the Olympic dream. On the sidelines of the Olympics and defying the calls for diplomatic boycott of the Beijing Winter Games, world leaders from Asia, Europe, Africa and Ibero-America were meeting with the Chinese leadership to discuss matters of common interest and shared destiny, especially the Belt and Road Initiative (BRI).

Leaders of five Central Asian nations (Kazakhstan, Kyrgyzstan, Tajikistan, Turkmenistan, and Uzbekistan) held a joint conference with President Xi Jinping focusing on mutual cooperation to enhance the BRI. Prime Minister of Pakistan, Imran Khan, was one of the prominent Asian leaders in Beijing this week too.

Presidents of Argentina and Ecuador represented Ibero-America. From Africa, President of Egypt Abdelfattah El-Sisi represented the African continent since the African leaders were simultaneously gathering in the Ethiopian capital Addis Ababa for the African Union summit. Leaders from the Arab world, like the Emir of Qatar Tamim bin Hamad Al Thani, Crown Prince of Saudi Arabia Mohammed bin Salman and the UAE’s Mohammed ben Zayed were also present. From the EU, President of Poland Andrzej Duda held talks with President Xi on matters related to the Eurasian express rail connection and the importance of enhancing the connectivity through rail and building logistics hubs in Poland. The country has emerged as one of the bottlenecks on the increasingly jammed China-Europe Express which has grown to become the main transport artery between China and Western Europe. Serbian president Alexander Vučić also held talks with President Xi. Serbia has emerged in recent years as one of the most active European participants in the BRI with large Chinese investments in Serbian infrastructure and industries.

Russian President Vladimir Putin was the foreign leader who had the most in-depth discussions with President Xi before the opening of the Olympic Games and issued a strategic joint statement of great importance in this time of rising tension between West and East. The main theme of these talks and the statement is that a new era of peace through economic development should replace the dangerous geopolitical notions of zero-sum games and egotistic spheres of influence.

After a 40-minute meeting on February 6, in the Great Hall of the People in Beijing, Argentine President Alberto Fernández and Chinese President Xi Jinping signed a joint statement announcing Argentina’s joining the Belt and Road Initiative. Some $23 billion in projected Chinese investments in Argentina were also agreed upon, centered on rail and energy infrastructure projects, as well as science and technology, agriculture, and cooperation on combating the Covid pandemic. They further announced that:

On foreign policy, Argentina restated its firm adherence to the One China policy, and China reaffirmed its support for Argentine sovereignty over the Malvinas Islands.

In remarks after their meeting, President Xi stated that “China is willing to advance exchanges and cooperation in various fields and usher in another brilliant 50 years under the comprehensive strategic partnership with Argentina,” according to Xinhua, noting that this year marks the 50th anniversary of the establishment of diplomatic relations between China and Argentina. Xi added that “in the face of the COVID-19 pandemic, the two sides have stood together and helped each other, setting a good example of solidarity and cooperation among emerging market economies,” and that “China is willing to share development opportunities with Argentina.”

Xinhua reported that, “calling for implementing high-quality Belt and Road cooperation, Xi said the two sides should deepen cooperation in the fields including trade, agriculture, energy and mining, infrastructure, investment and financing as well as pandemic response. He also proposed to cultivate new growth points of cooperation in the digital economy and green development.”

Fernández, for his part, thanked China for its help in fighting the pandemic, and expressed the hope of continuing to strengthen cooperation with China on vaccine and pharmaceutical production.

Argentina’s entry into the BRI, now opens the door for the other two big Ibero-American countries—Mexico and Brazil—to do the same. In January 2022, Nicaragua joined the BRI too. By signing the memorandum of understanding with China, Argentina became nation number 144 to join the BRI. (See a full list of all BRI countries!)

Pakistan’s Prime Minister Imran Khan praised the BRI as a means of bringing his debt-ridden country out of poverty. In a broadcast discussion with the China Institute at Fudan University, Khan said:

“I do not understand why there is this suspicion about CPEC [China-Pakistan Economic Corridor] and the Gwadar port … what China achieved is really [why] we look at China as a role model, because never has a nation lifted so many people out of poverty as did China.”

CPEC is one of the flagship projects of the BRI with impressive investments in power, water, transport, agriculture and industry. “This is really my main concern: how do I lift people out of poverty, how do we create wealth in our country? We see CPEC and Gwadar as a great opportunity for our geoeconomics,” Khan emphasized.

“We want to lift our poverty using the example of China,” he said.

Between the two Olympic games in Beijing (2008 and 2020) China has emerged as the second economic power in the world but the main industrial powerhouse and largest contributor to investments and trade in the world. The BRI has become the main vehicle for China’s peaceful cooperation with other nations setting an example of co-existence among nations on the basis of win-win economic development to achieve the common goals of mankind.

There is no better translation of the friendship and universal vision and dreams of mankind than the Olympic spirit of friendly competition and respect among the nations.