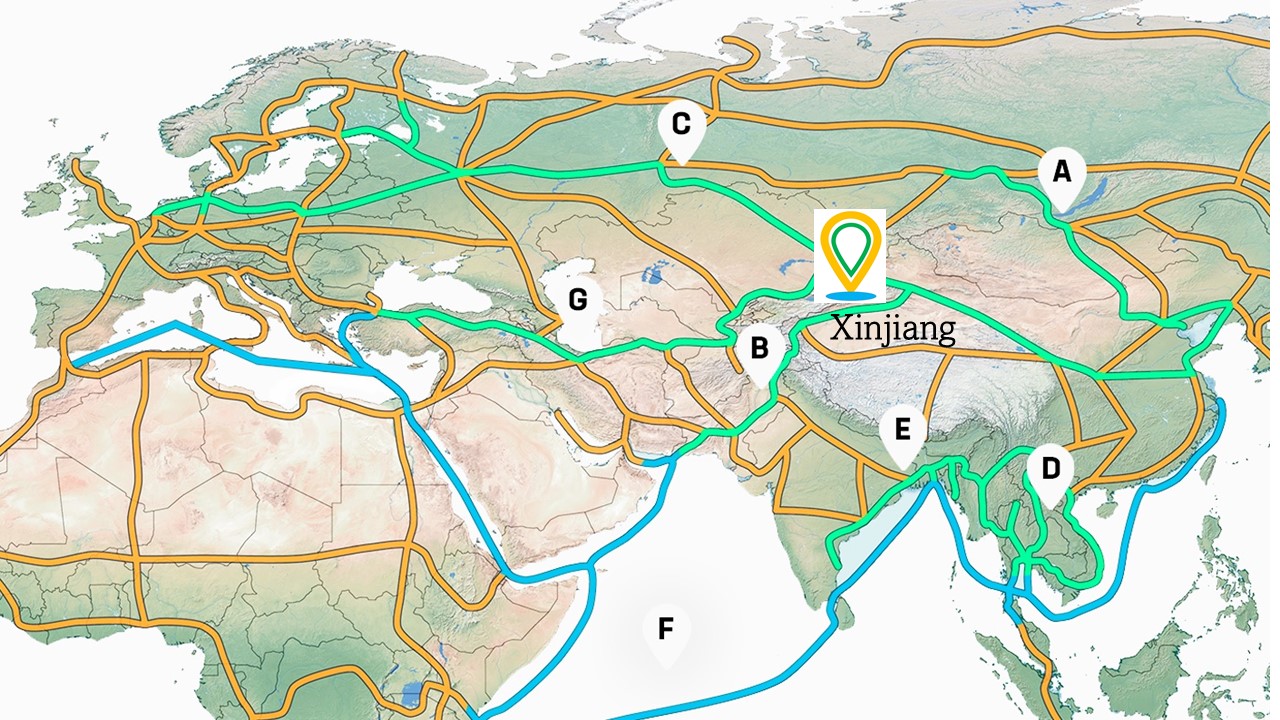 Webinar program: Xinjiang, The Wonderful Land and Gateway to the Belt and Road

The Belt and Road Institute in Sweden is organizing a webinar on Wednesday, July 14, 2021, to address the question of the Chinese province of Xinjiang, Uyghur Autonomous Region. Xinjiang, which the Chinese call “the wonderful land” is strategically positioned on three of the six main land corridors of the BRI: 1. The Eurasian Corridor (China-Kazakhstan-Russia-Belarus -EU), 2. The New Silk Road (China-Central Asia-Iran-Turkey), and 3. The China-Pakistan Economic Corridor. This makes Xinjiang the gateway to the West and the hub of most of the land-based logistics and transport from some of the most productive provinces of China, and Europe, South Asia and West Asia and Africa.

Home to the Uyghur and other Muslim minorities, Xinjiang has a special characteristic as it was less developed relative to the rest of China until a few years ago. However, the launching of the BRI and the massive programs for poverty alleviation made this region a growth hub. Many natural resources that are of importance for the industrial production and prosperity of the rest of China are also located in this region. Other interesting developments is the population growth in this region which surpasses that of other parts of China.

Our webinar will explore Xinjiang from the standpoint of four interrelated aspects:

The webinar will be a one-session event from 10 am to 1 pm  (including Q&A period). NB! Central European Time!

Speakers (to be further updated):

Registration: Participation is free of charge, but pre-registration is necessary. Please register here!

Or, send an email to info@brixsweden.org