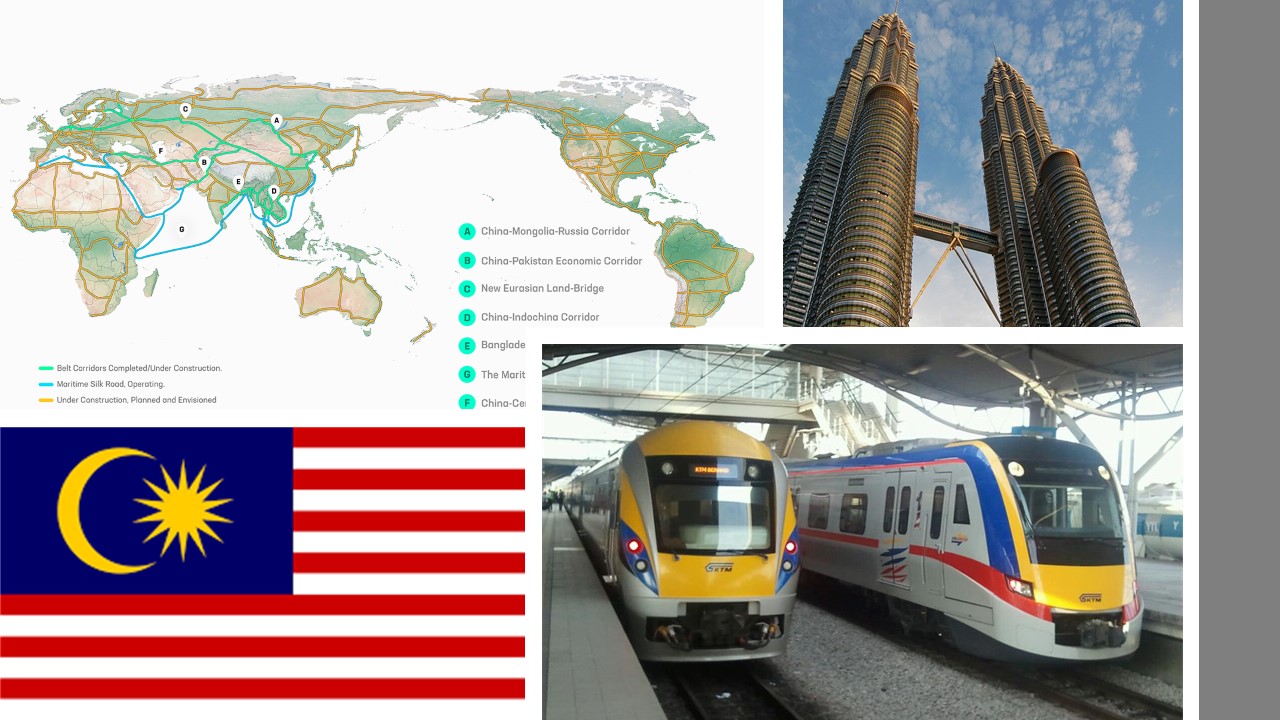 Borad member of the Belt and Road Institute in Sweden.

Trying to find any evidence of China’s involvement in corruption scandals in developing countries, like the case of Malaysia which we deal with here, is as hard as finding evidence of the alleged Iraqi weapons of mass destruction which led to the invasion of Iraq by the United States and Britain in 2003 and resulted in the death of 1,5 million Iraqis so far. Nevertheless, most articles and reports in American and European think tanks and media posted major headlines in 2018 and 2019 stating without any shadow of doubt that China and the Belt and Road Initiative (BRI) are the causes of Malaysia’s corruption and financial woes. Like every other case I investigated of allegations thrown at China for causing “debt-traps” and “corruption” through investing in large-scale infrastructure projects in developing countries, this case shows that all these allegations are unfounded propaganda diatribes whose only objective is to throw a monkey wrench into the BRI machinery. Fortunately, these attempts did not function in the previous cases, like Sri Lanka, Pakistan, and Djibouti, who continued their active cooperation with China. It did not function this time either in swaying Malaysia from cooperation with China.

What the official investigations have shown so far is that, not China, but American and European banks (and their friends in Saudi Arabia and the United Arab Emirates) are the key co-conspirators with the former Prime Minister Najib Razak in the historical corruption case involving the embezzlement of public funds from the Malaysian “1Malaysia Development Berhad” (1MDB) investment fund. Najib was found guilty today, July 28, of all 7 accounts in the High Court of Malaysia. His American and other partners are forced to pay back historically large sums to the Malaysian state. The most egregious case of western bank involvement is that of Goldman Sachs, which has now agreed to pay Malaysia $2.5 billion to end a criminal investigation — see below.

Looking at the facts of the Chinese BRI projects blamed for the scandal, a simple fact check showed that they have absolutely no connection to the 1MDB, but were bilateral joint ventures, financed largely by China not the 1MBD.

Repeating lies does not make them truths

One technique that has unfortunately worked in luring the populations and policy makers in the West in the past decades, as in the afore mentioned case of Iraq, is repeating the lies and gradually turning them into “facts” in the minds of the observers. These fake “facts” take hold and become “truths” when repeated by “respected” think tanks, academic institutions and well-known media without checking. The observers are unable or are not interested in checking the facts presented to them, since it is considered a sin and “conspiratorial thinking” to suspect that there is a motivation behind these allegations printed by such “respectable” institutions.

A google search of the terms “China”, “BRI” and “Malaysia” and “corruption” produces these results among the top ten.

It is interesting that no Malaysian sources come up in these searches. In any case, instead of presenting any evidence of China’s involvement in corruption in those countries, real corruption scandals, like the 1MDB in Malaysia, are put physically next to descriptions of Chinese projects in the country. But there is no connection between the two, except that the authors allege that China contributes to that corruption by investing in the country’s infrastructure. The only cases where Chinese companies where involved in transactions with the 1MDB is the purchase of assets owned by the latter such as a power plant and a real estate project, when the Malaysian government and the 1MDB were facing repayment of loans to their creditors and partners in crime.

The Chinese BRI projects in Malaysia, such as the East Coast Rail Link (ECRL), ports, manufacturing (steel, solar power, textile, electronics and electrical products), industrial park, real estate, construction and energy, were either joint ventures with Malaysian companies (not the 1MDB), or Foreign Direct Investments (FDI). None of the aforementioned articles and reports gave any evidence of China’s involvement in the 1MDB corruption.

The reason these mostly American think tanks and media sources were so frantic about connecting China and the BRI to the scandal in Malaysia was the launching in 2018 of investigations in the 1MDB fund’s workings and Najib’s personal dealings which were suspected already in 2015. But in 2018 Najib was defeated in the general elections by former Prime Minister Dr. Mahathir Mohammad, who was one of the critics of the 1MDB and Najib. Dr. Mahathir announced after the election victory that there was enough evidence to start an investigation into this matter. The opponents of the BRI and China then started the proverbial popping of champaign bottles when Mahathir decided to suspend several of the BRI projects agreed upon between the Najib government and China. But the suspension was not related to the 1MDB scandal but rather to the confusion of the finances of the country now in deep indebtedness due to the Western-banks-fueled corruption, and the apparent need to review the ability of Malaysia of financing such large scale projects under such circumstances.

No break between Malaysia and the BRI

The two largest projects that were postponed by PM Mahathir were the US$16 billion ECRL railway project aimed at enhancing development of Malaysia’s less developed east coast, and two gas pipelines in Sabah, one of the Malay provinces on the island of Borneo. The media portrayed this development as a big blow to the BRI, and that it shows once again that China is using a “debt trap” and “corruption” to gain control over other countries.

Dr. Mahathir himself took dramatic steps to demonstrate that this was not the case, with his five-day visit to China from August 17-21, 2018. Dr. Mahathir said that this issue is not about the Chinese. “We’re here to assure the Chinese government and its people that there will be no change of policy…. We see China as a model for development,” he said at a press conference with Premier Li Keqiang. He emphasized the issue is the corruption inside the Malaysian government itself. Until that is adjudicated, Mahathir had no choice but to put the projects on hold, and to renegotiate the projects if they are to be reinstated. The joint communiqué signed by Malaysia and China at the end of Mahathir’s visit stated that the two sides will speed up the implementation of the Memorandum of Understanding on Promoting Mutual Economic Development through the BRI. This does not seem to be a country turning against China for a supposedly devious debt trap. The renegotiation of the projects, especially the ECRL resulted in slimming down the scale of the project, reducing the cost from US$ 16 billion to 11 billion. Malaysian local contractors were allowed to join the main contractor China Communications Construction Company (CCCC), in building part of the project, using funds extended by the Malaysian Small Medium Enterprise Development Bank. The greatest portion of the project both in the original and modified structure was to be financed by loans from the Export-Import Bank of China, not by the 1MDB. Construction of the ECRL resumed shortly after the new agreement was reached.

Najib’s development fund, 1MDB, set up soon after he took office in 2009, went missing as much as $4.5 billion already in 2015, while nearly $700 million showed up in his personal account. The way the 1MDB fund was replenished with cash was through either international bond issuance with the assistance of Western banks, most significantly Goldman Sachs, or through investment deals with the Saudi oil company PetroSaudi International and United Arab Emirates state investment vehicle, International Petroleum Investment Co (IPIC). In both cases Malaysian state-owned assets as ports, power plants and real estate were used as collateral. The debt incurred through these bond issues became public debt of Malaysia reaching more than US$ 10 billion in 2015. Multiple Western banks assisted Najib and his Malaysian partners siphon money from the 1MDB to private bank accounts in Europe and the U.S. through complicated money laundering schemes and investments. These banks took huge fees for both helping the 1MDB raise money through bond sells and helping Najib embezzle his share. In December 2018, the Attorney-General Chambers of Malaysia filed criminal charges against subsidiaries of Goldman Sachs in connection with 1MDB bond offerings arranged and underwritten by Goldman Sachs in 2012 and 2013. The prosecutors were seeking criminal fines in excess of US$2.7 billion misappropriated from the bonds proceeds, and US$600 million in fees received by Goldman Sachs.

In July this year, Goldman Sachs came to an agreement with Malaysia to end Malaysia’s criminal investigation of Goldman and several of its employees’ role in the scam, under which the bank will pay $2.5 billion directly to Malaysia and perhaps up to $1.4 billion in proceeds from assets of 1MDB. Goldman — well aware of the amount of fraud it routinely commits — had $3 billion set aside for legal fees. The U.S. FBI is continuing its own investigation, and may fine Goldman another $2 billion, and may also send some people to jail. The reported mastermind of the operation, Jho Low, spent unknown millions in wild Las Vegas parties, while funding the film “The Wolf of Wall Street.”

In 2019, while Dr. Mahathir Mohamad was still Prime Minister, Goldman had offered to settle for $2 billion, which the Malaysian authorities rejected as too low.

As in almost any other case this author has encountered on allegations about “debt-traps” or “corruption” caused by China’s BRI projects, a simple fact check always shows no connection between the Chinese project and the alleged problems in the host country. Usually these financial and social problems are caused by Western practices long before the Chinese companies arrive at the scene. The Malaysian corruption story is no different. This author have shown in several articles such as “Why China’s Debt-book Diplomacy is Hoax” and “China’s Debt Trap Found to be Baseless”  and “Lebanon Should Join the New Paradigm of the Belt and Road” that there is no basis for the allegations levelled against China and the BRI and that almost all these are made not by economists but by political analysts with political motivations.

China’s “pragmatic” tendency to avoid interfering in the domestic affairs of its partners or paying attention to the internal dynamics of that country often puts it in a position of turning a blind eye to such problems. China’s position in respecting other nations sovereignty and independence, while a sound one, can be interpreted in a different way by its opponents. 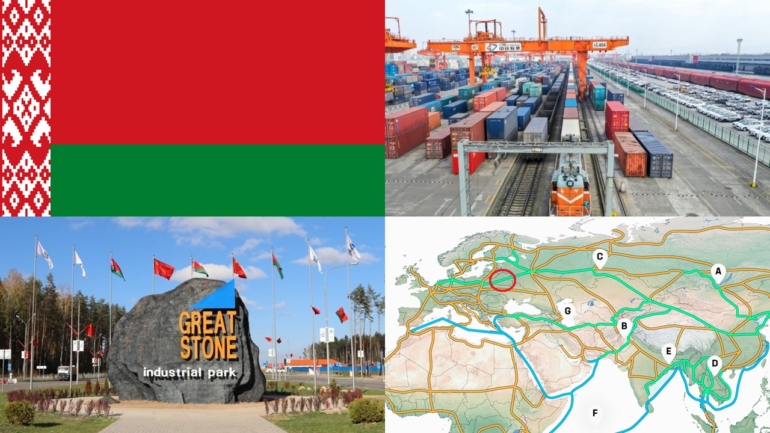 Is the Belt and Road Initiative a Target in The Unrest in Belarus?

It is a matter of fact that Belarus has emerged as a key nodal point for the rail traffic between the EU countries, especially in Northern Europe, and China along the New Silk Road ot Belt and Road Initiative. 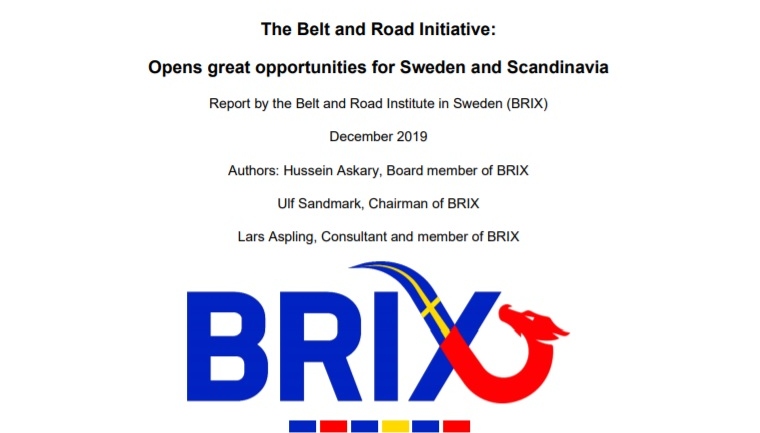 BRIX Produces Sepcial Report on the Belt and Road Initiative

brixswedenAugust 17, 2020
Crowning the 2019 years’ achievements, the BRIX announce the publication of a special report on the Belt and Road Initiative on December 5. It is… 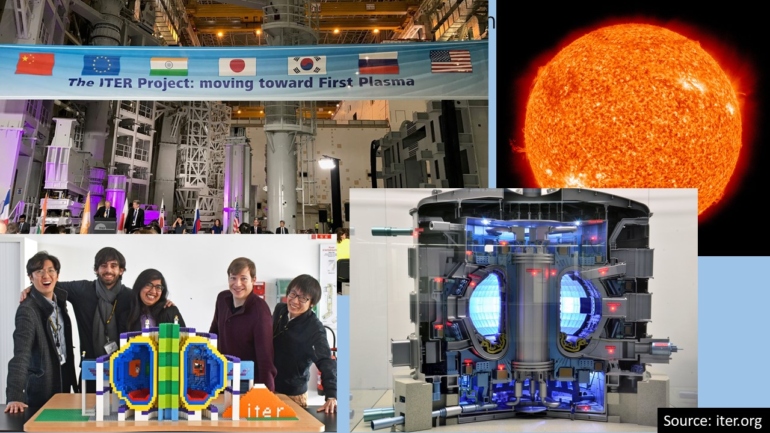