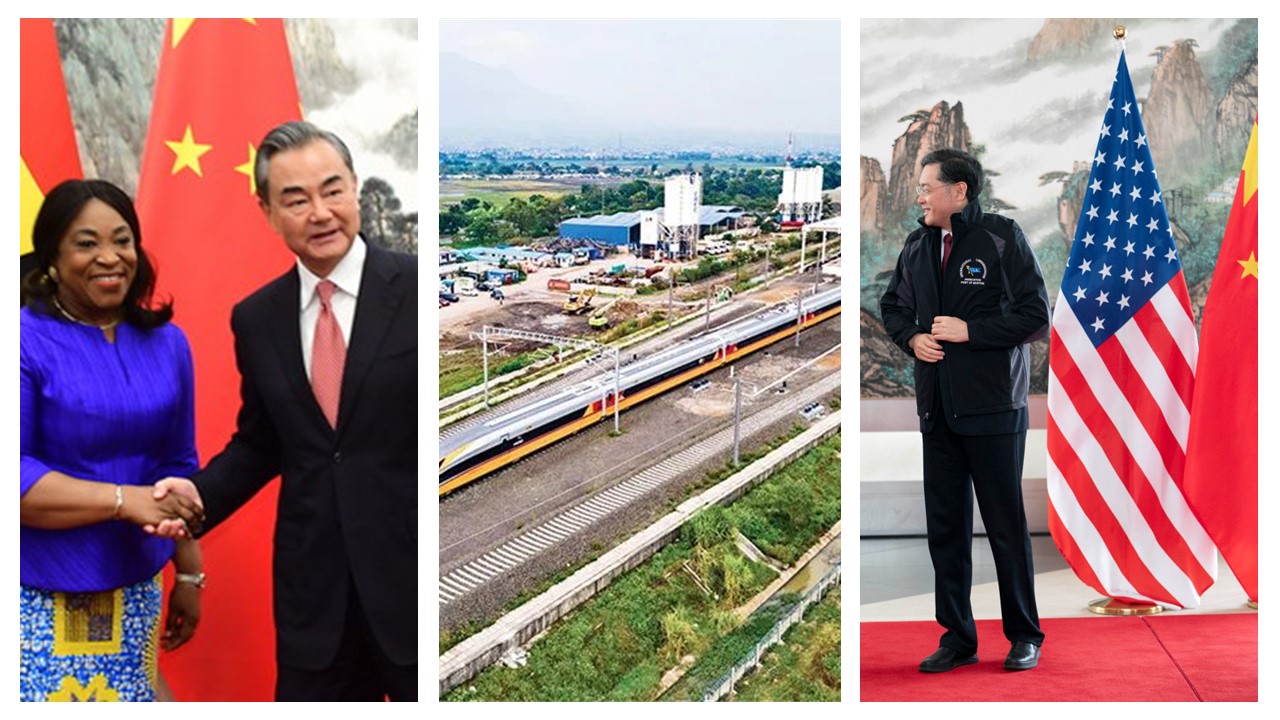 What to Expect from China’s New Foreign Policy Team in 2023?

An article by former Foreign Minister of China Wang Yi, in Quishi Journal, the Communist Party of China’s main theoretical journal, was signed by him in his new capacity as director of the Office of the Central Commission for Foreign Affairs of the Central Committee of of the Communist Party of China, a position formerly held by Yang Jiechi. In the article, Wang underlined the outlook for 2023, including ensuring “head-of-state diplomacy” and core efforts; creating more conducive external conditions for high-quality growth; being proactive in recognizing, seeking and responding to change; and guarding against and resolving major external risks and challenges.

He added that China would promote big-country relations of peaceful co-existence, overall stability, and equitable growth; deepen trust and mutually beneficial cooperation and cement the comprehensive strategic partnership between China and Russia; and implement agreements reached by the top leaders of the US and China, seek to establish guiding principles of China-US relations, and correct course in line with the guiding principles.

He noted that China would also enhance high-level exchanges and strategic communication with Europe and drive the stable and long-term development of China-Europe relations; adhere to the principles of friendliness, sincerity, mutual benefit and inclusiveness; maintain good relations with neighbors as partners in diplomacy; and deepen friendship, mutual trust, and areas of common interest with neighbors. It is important to maintain stable China-US relations while ensuring that bottom lines red lines are not crossed, and making sure that there is no decoupling between China and the West.

He will be assisted in that task by the new Foreign Minister, Qin Gang, whose portfolio contains service in the UK, after having served as the Foreign Ministry’s spokesperson. His appointment as ambassador to the United States in 2021, which came as a surprise to many, was no doubt made with a view to honing his skills in dealing with the United States as a future foreign minister. During his year and a half in the U.S., he made many friends in many walks of life. According to well-informed sources in Washington BRIX has consulted, “initially, Qin had some difficulty in maintaining contacts at a high level in Washington, because of the anti-China mood at the State, often getting the cold shoulder from the State Department, perhaps with some regrets that he is now foreign minister. Not to be deterred, he did what most ambassadors did not do. He approached the media, granting numerous interviews. He traveled extensively around the U.S., which took him to the Massachusetts Port in Boston where Chinese shipping company COSCO is a major partner, to California for a visit to the major car show, to the Midwest to talk to farmers, and to numerous sporting events, shooting hoops himself at NBA events, and sending out the first pitch at a Cardinals game. He was awarded a special Plaque of Recognition and commemorative jacket from Massachusetts Port and International Longshoremen’s Association.

While outspoken in defending China’s interests and views, he was wholly unlike the “wolf warrior” image that had been played by the U.S. media. One of his first phone calls after his installation was made to Secretary of State Tony Blinken to take his farewell as ambassador and to express appreciation for the meetings they did have while he was in Washington. Qin’s appointment as the youngest serving foreign minister since the reform and opening up, will no doubt place the US-China relationship on the front burner for policy in 2023. In a ‘tweet’ sent out on January 2, Qin said: “In the past 500+ days, I have visited 22 states. I went to government agencies, Congress, think tanks, enterprises, factories, ports, farms, schools and sport fields, and made many friends across the U.S. I have been deeply impressed by so many hard-working, friendly, and talented American people that I met,” he said. “And I will continue to care about and support the growth of China-U.S. relations.”

In his “farewell” message to the U.S., Qin wrote in a January 4th op-ed published in Washington Post that “the planet’s future depends on a stable China-U.S. relationship”.

When it comes to what the worlds should expect from China in this new year and the future, Qin explained in an article published on December 26th “how China sees the world” to infer the answer to this question. However, it becomes very clear that, as the BRIX explained in detail in the recent review of the “impact on the world of the 20th National Congress of the CPC”, economic cooperation, security and peace, and security of global trade and supply chains will be the primary focus of China’s foreign policy. The Belt and Road Initiative will play a key role in this policy.

Wang Yi, in his article in Qiushi, wrote: “Currently, 150 countries and 32 international organizations are part of the big family of the Belt and Road Initiative. In terms of advancing an open world economy in the new year, China will further advance the co-building of the Belt and Road”. He added China will “provide more convenience for the exchange of visits with the outside world”, and “secure a stable and well-functioned production chain and supply chain”.

The year 2023, according to many economic observers, will be one of the hardest years in terms of the global economic situation, with rising inflation and continued energy and food crisis. A global recession and even worse is looming in the horizon. The Chinese side is acutely ware of that, and is using its diplomacy at the level of heads of state to mitigate its effects. It was most clearly shown in the China-Arab summit in the Saudi capital Al-Riyadh in December, where President Xi personally and the leaders of Saudi Arabia and the Gulf Cooperation Council outlined a long list of economic, scientific, technological, and cultural cooperation agreements. Xi’s personal involvement in many of the issues of the world is to be expected in this year which marks the tenth anniversary of the launching of the Belt and Road Initiative by Xi himself in 2013.

Implications for The World: Decisions of 20th National Congress of the Communist Party of China!