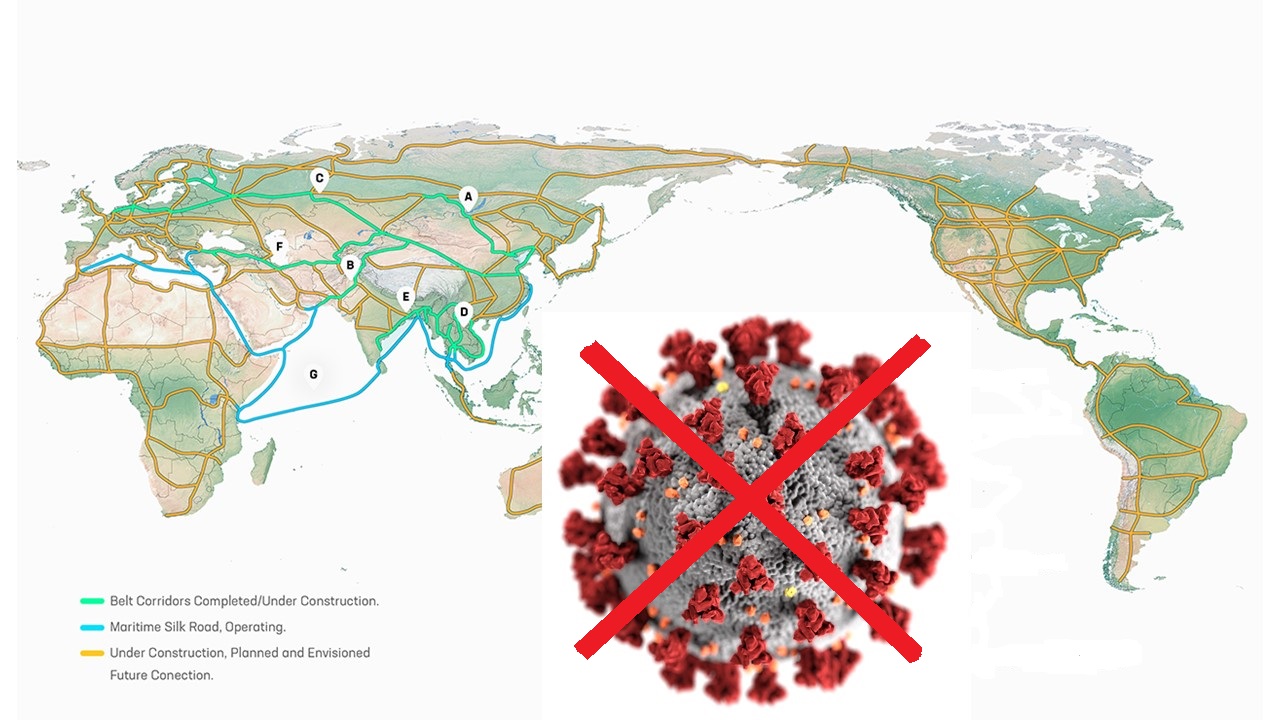 Why politicizing the COVID-19 pandemic is counterproductive?

Board member of the Belt and Road Institute in Sweden (BRIX)

As the world’s healthcare staff, researchers, and other healthcare support providers are risking their lives and spending every iota of their time and energy to fight the COVID-19 pandemic, certain politicians, intelligence agencies and media outlets are attacking China as the source of the pandemic and demanding retribution. Chinese media has also responded by raising questions about U.S. practices in this field and demanded that American politicians answer these questions. Many warnings have been issued against the attempts to politicize the pandemic and focus on fighting the virus rather than fighting each other.

What is the price?

The editor-in-chief of the British-based medical journal The Lancet, Richard Horton, was interviewed on CGTN May 1, making a very strong case for rejecting disinformation and warning of dire consequences if the world doesn’t work together against the COVID pandemic. “In my view, the scientists and doctors I know in China have done the most tremendous job in advising the government, treating the patients, and protecting the lives of the Chinese citizens,” Horton said. “China should be very proud of its scientific and medical community. For world leaders to be so critical of China is not only unfair, but plainly incorrect and factually untrue.”

On the slow response in the U.S. and the U.K., he described it as “one of the mysteries of the history of this pandemic.” He said the WHO, on Jan. 30, issued a “public health emergency of international concern” (PHEIC), a specific phrase used only under threat of a global crisis. The phrase was formulated in 2005, following the 2002-3 SARS crisis, for use in precisely situations like today, and as a clear warning to the world. “The WHO is the leading health agency in the world,” Horton said. “People should listen. Many did not, and thousands of people have died unnecessarily as a result.”

As a result of the too slow response to the warnings coming from both the WHO and China, 68000 people have so far died in the U.S. (as of May 3) and 1,3 million confirmed infections. As for the UK, 24500 deaths are reported and 187000 confirmed infected cases.

During an interview with CNN on April 28, Horton criticized the slow responses from the U.K. and the U.S., despite direct warnings from WHO and from The Lancet spelling out what was coming in late January (Trump first announced social distancing and some shutting down on March 16, the U.K. on March 23). “We wasted the entire month of February and early March to get fully prepared, Horton said.

“I regret that the discussion of the pandemic is being carried out as a matter of geopolitical struggle,” he told CTGN. “It shouldn’t be. It’s a threat to our populations. We should work together. Better to sit down, discuss, trust one another, so we can solve problems we all share.”

Other signs of danger to the whole of humanity is almost totally ignored situation in Africa, Latin America and South Asia. There, especially in Africa, the outbreak has not even started. Not only is the majority of the countries in Africa are ill-prepared to face such an outbreak due to the lack of adequate healthcare systems, other types of threats like shortage of food will be augmented by the lockdown that many countries are using as the only remedy to the outbreak. As in the case of locust plague that has now devastated many countries’ crops in East Africa in recent months, without even being noticed in Western media, the lack of response from the international community in dealing with the locus plague, which needed only an investment of 60 million US$ in early January to buy pesticides crop dusters, now more than 20 million people in the Horn of Africa alone are threatened with severe food shortage, according to the Food and Agriculture Organization (FAO). It is a well-known fact that malnutrition is one of the factors of immune deficiency. If the Corona virus hits these regions, it would be a catastrophe with biblical dimensions.

Another element of the COVID-19 devastating side effects is mass unemployment which can lead directly to hunger, social disturbances and mass immigration. According to a statement issued on April 29 by the International Labor Organization (ILO), bout 1.6 billion people, nearly half of the world’s total labor force of 3.3 billion people, “are at immediate risk of losing their livelihood because of the coronavirus. The vast majority of those 1.6 billion souls are part of the so-called “informal economy,” the deregulated netherworld of street salesmen, service workers, now that most countries are forced to shut down in response to the global coronavirus pandemic.

For example, in Peru, hundreds of thousands of urban dwellers who over the years had migrated to the cities, especially Lima, in search of jobs, are now desperately trying to return to their villages in the countryside in order to survive. In Lima they now have no jobs, and increasingly no housing, and no food. Most of them have no choice but to flee on foot, and they are lining the country’s highways for hundreds and hundreds of kilometers. This kind of mass reverse migration is underway not just in Peru, but across most of the developing sector, from India to numerous African nations, and it will only end up further spreading the coronavirus across the planet. Of the estimated total world labor force of 3.3 billion people, the ILO estimates that about 2 billion of them, or 61% of the total, are working in the informal economy. The vast majority of such informal workers (93%) are to be found in the Third World. In the first month after the pandemic hit their countries, they had seen an average 60% drop in their income. Now, 1.6 billion of those 2 billion informal workers—almost 80% of all informal workers—have lost their jobs or are about to. The regional breakdown provided by the ILO, of percentage of total employment coming from informal activities, is also revealing: Africa: 86%, Arab countries: 69%, Asia and the Pacific: 68%, Americas: 40%.

As ILO Director-General Guy Ryder succinctly told a briefing: “If we don’t help them now, they will simply perish.”

So, what should be the priority of political leaders around the world? It is obvious from the above, that protecting the world population from the Corona virus, is the number one priority, not blame-gaming or geopolitical agitation against China, the country that has contribute more than any other to helping other countries with medical assistance to face the virus. Ironically, the United States itself has been the foremost beneficiary of aid and sales of Personal Protection Equipment, ventilators, and medicines from China! (See BRIX “Health Silk Road Updates for details)

Despite the politicizing of the pandemic, U.S. and Chinese scientists are beginning to work together to scientifically determine the actual origins of COVID-19. Ian Lipkin, one of the world’s foremost “virus hunters” and director of the Center for Infection and Immunity at Columbia University’s Mailman School of Public Health, is working with a team headed up by Lu Jiahai, a professor at the Public Health School of Sun Yat-sen University in Guangzhou, to determine whether the virus emerged in other parts of China before it was first discovered in Wuhan in December. According to China People’s Daily,  Lipkin who had been working hand-in-hand with his Chinese colleagues in Guangzhou at the beginning of the outbreak in Wuhan, himself became infected with COVID through community spread in New York, but has now recovered. Professor Lu said: “The China CDC is interested in learning as much as it can about the origins [of] these types of viruses. We share whatever we learn with the entire scientific community.

It is of utmost importance both to track the origins of the virus, to stop the spread of it globally, and find a vaccine to prevent it in the future, that scientists from around the world can work together in an atmosphere of trust and partnership. Politicians have to step aside and focus on helping their communities cope with the economic and social consequences of the pandemic. This is their responsibility. Peddling conspiracy theories and dangerous allegations to split the international community is extremely dangerous at this time. Supporting international initiatives and organizations like the World Health Organization is of utmost importance as venue to pool the best practices and experiences from every country.

What can the Belt and Road offer?

In a recent, well-attended webinar in the Swedish capital Stockholm, the Belt and Road Institute in Sweden brought together diplomats, healthcare experts and economists from around the world to discuss the role of the Health Silk Road and the Belt and Road in building a global front line against the COVID-19 and other epidemics and pandemics. The speakers emphasized the importance of international cooperation, but also the expansion of the Belt and Road Initiative to the whole world, because the building of a modern and strong infrastructure (transport, power, and water projects) is key to building a resilient healthcare system in every country. Education and scientific research are the other important aspects of this international effort. The speakers agreed that no one nation can alone deal with this pandemic or any other similar crisis. The Belt and Road is promising to offer nations, especially the least developed and developing nations, the infrastructure needed for a modern healthcare system. At the same time, it can be the meeting place for all nations to pool their resources towards one focus and one goal for the benefit of humanity’s shared future.